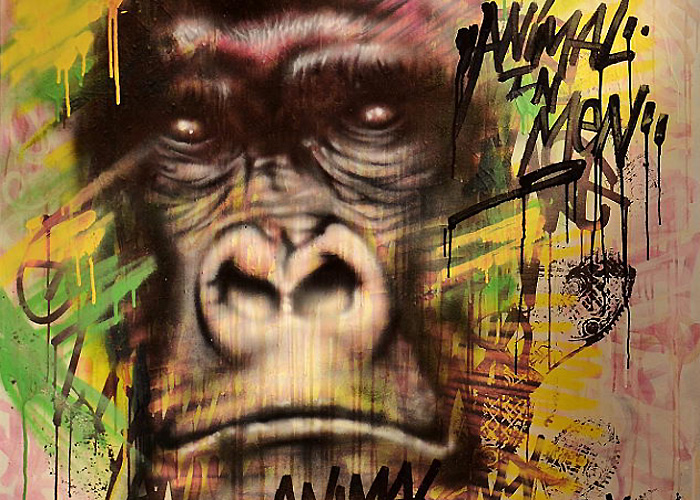 Born in 1983, Pleks is a graffiti artist / rapper, founding member of a crew known for his involvement with the police in the south of France. To exhibit his work in a gallery was not planned. As always, the chance encounters, and the advice of Nelson Fabiano (MNFF) that will lead PLEKS to a "commercial" world that he is a foreigner and he is wary. His work is a true transcription of street work on media more or less noble, but which reflect the urgency of expression, whatever are the conditions (wood, cardboard, tiling, canvas). Pleks is an artist not to be missed, if only to reconcile with the street graffiti which is not only tag on the the walls of our cities, but especially in the urban world use as a support for a living creation.